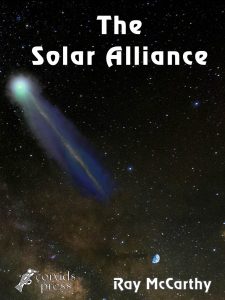 Parallel story to The Apprentice’s Talent and The Journeyman’s Talent, mostly set in the Mid West of Ireland. Earth has cracked the problem of Fusion power and has the “Secret” of how a “Jump Drive” for a starship works. But what does the shadowy New World Order conspiracy want?

As a result of the visit of the alien starship, the Intergal One, Earth has diverted all military, aerospace and technical research budgets into building fusion power stations and starships. Major Governments have avoided the UN by creating the Solar Alliance to manage this.