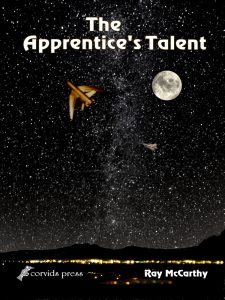 Part 1 of the Maisie Trilogy.

Mei Zhen Kelly is a 23 year old computer programmer from Belfast working in Dublin for nearly three years. She’s talented and very dedicated to her work. People think she’ll go far, now that she’s had her second major promotion. Only her Chinese mother called her Mei Zhen, her official name. Her parents died while she was at university and now everyone calls her Maisie. Wrapped up in her personal issues, she doesn’t pay a huge amount of attention to the news of the alien starship appearing at the edge of the Solar system.

The UN and world governments are confused. While it’s wonderful that the aliens hope to explain how the interstellar ‘Jump Drive’ works, they aren’t even going to orbit. They want to send a team to talk to an unspecified European woman and leave. Some other group will do a proper ‘First contact’ now that they know Earth exists.

The aliens want Maisie to attend a special college about 80,000 light years away. However very little is really explained till she arrives. Unexpectedly the Arch Chancellor wants her to help solve a mystery.