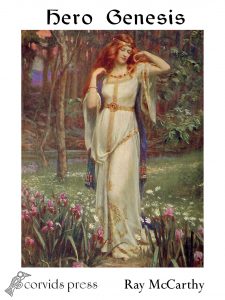 Urban fantasy mostly in Worcestershire / Wychavon area. Four teenagers doing A Levels get sucked into a strange situation with Superheroes and Aliens. They are rescued by the High Queen of the Aés Sidhe (on cover).

Notes:
The cover image is a detail from Freya by Doyle.