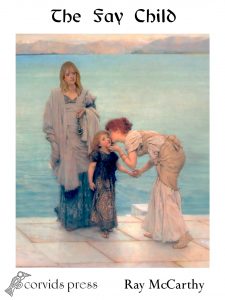 Alice (Eilis) and Morien are married with a child each. Flinn, Manannán and the war-band are still off doing something and it’s time to do the godmother bit for Órlaith’s child, Daniel Og, again as he is a year old. Why do Danu and Freyja have such an interest in Alice?

Is Danu the mother of the twins Áine and Grian? Certainly Alice’s great grandfather, Manannán Mac Lir is their father.

The sequel is ‘The Ensorcelled Maid’, which will be released after ‘The Wooing of Marion’.

The cover is a detail edited from “The Kiss” by Sir Lawrence Alma-Tadema.