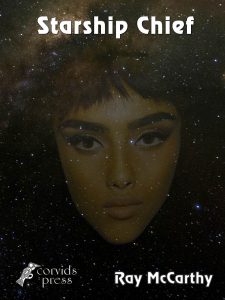 A prequel to the entire Talent series best read any time before The Master’s Talent. Set many years before first contact with Earth, three Karnd teenagers are on the way point station’s starship to retrieve a valuable hidden artefact on a planet that’s never been contacted.

Juili was born on the station and Kordina on a starship. Neither have ever been on a planet.

But how many of the crew are really criminals, the next generation from the people that stole the artefact?