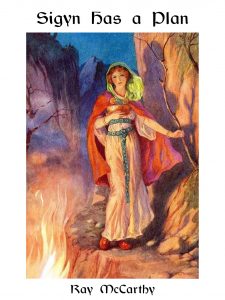 The Norse demigods imprisoned Loki and Fenrir. Sigyn is Loki’s very devoted wife so also went into the prison exile to take care of them till Ragnarök.

But then in the Twenty-First Century some extra prisoners were added. A Mykálfr and three renegade Fay from the Otherworlds.

The Ljósálfar, Dökkálfar and Svartálfar are what the Norse called the light elves, dark elves and black elves. The Svartálfar is another name for the Dwarves. The Mykálfar are the murky Elves, a kind of Fay.

What could possibly go wrong?